The nature in Montenegro is lavish one and the scenery is different and full of contrasts. We have got the sea and the mountains, lakes and cliffs, fast mountain rivers and waterfalls and are abundant in biodiversity. We will take care of you seeing everything that needs to be seen here, when you visit us. We will show you the things we are proud of.

Our villages have preserved the customs and traditions from ancient times, something that cannot be found so easily in urban areas. The hospitality of rural families has not been learned at trainings and courses, it is embedded into the essence of our people and carried on from generation to generation. A guest is always welcome in our villages, always served food and drink, even in those times when people were very poor. People of our villages will offer you a warm welcome and a glass of brandy even if they don’t know you and don’t speak your language.

Centuries-old tradition in Montenegrin villages is for households to make their own food, and they buy only those ingredients they can’t produce. When they make their own food, they give it their best to make it as good as possible, without any chemicals or additives. A large number of seasonal ingredients are processed, using old recipes, in order to preserve them for the winter. When you decide to stay in one of these households, you’ll get a chance to try all these, to pick what you need in the garden, to take part in preparing one of the traditional dishes together with your hosts. One thing is guaranteed here, no guest has left us hungry, and the food takes the top place where guests’ impressions are concerned!

There is a large number of opportunities to spend an active holiday in our rural areas. There are lots of marked trails for hiking and mountain biking, that crisscross the entire country and pass through a large number of villages. A lot of our rivers and lakes are free for fishing, we have some marked fly fishing zones. You can rent a boat, try zip line, climb the rocks, explore the canyons or caves. And if you are not interested in too much adrenaline, but you still have some adventure spirit in you, then feel free to explore old village trails our ancestors travelled on, on foot or by horse, the trails that used to connect villages in the area, then village to a town, or villages and katuns. Your hosts might join you, if they find some free time, and revisit their childhood memories and tell you a story or two about those trails.

Southern, coastal region – it lies on the coast of the Adriatic Sea and consists of municipalities Ulcinj, Bar, Budva, Kotor, Tivat and Herceg Novi. A notable feature of the coast is Bay of Kotor, the pearl of the coast, the southernmost fjord in Europe, together with the town of Kotor that guards the walls of the old town, which is under UNESCO protection. The coastal cuisine is different from the one made in other parts of the country, and is dominated by sea food. Fishing has always been a significant economic activity in the south, together with olive growing, which is present in Bar and Boka the most. The climate is Mediterranean one, and even though it is coastal area, it is surrounded by mountains that are a trademark of Montenegro, its name itself telling that it is mountainous country.

Central region – this part consists of the capital, Podgorica, but it also includes the historical capital Cetinje, the home of the National Park Lovćen, then the towns of Danilovgrad and Nikšić. This is the area abundant in cultural and historical monuments, and some exceptional natural features. This region is dominated by the famous Skadar Lake, the one that the country shares with Albania and which also has the status of national park. Agriculturally considered, various products are made here and this fact also marks the gastronomy of the region, which is the richest one in the country – from Crmnica wine, carp and bleak from the Skadar Lake, to ham and cheese from Njeguši, figs, fruit and vegetables grown in Bjelopavlići region and Zeta valley, which is the most fertile area in Montenegro.

Northern region – this is the largest region in Montenegro, and it is characterized by high mountains and continental climate, with harsh winters and a lot of snow. Three national parks are situated here – Durmitor, Biogradska Gora and Prokletije, together with two nature parks – Piva and Komovi. This shows that this region houses some exceptional natural values, a lot of fast, mountainous rivers, glacier lakes, challenging mountain peaks, it is rich in conifer and deciduous forests and numerous pastures and green meadows. People here have been doing cattle breeding from ages past, the region is well known for its cheese, clotted cream and other dairy products, but also for its potato, corn and other cereals. They also grow fruit – plums, pears and apples and make brandy of them. It is also rich with forest products, mushrooms, blueberries, raspberries, blackberries, strawberries and local housewives make various delicacies using these.

For more information, click the logo of the member

DISCLAIMER. These offers are examples to showcase the variety of options for a holiday in our rural areas. They have purely informative and promotional purpose without any contractual or commercial value. You should contact directly with the provider for a valid individual specification and quote. In case of any conflict from such a direct contact or reservation, neither Ruraltour nor its member organization are liable. 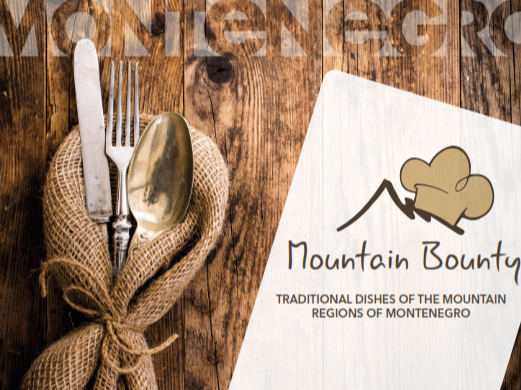 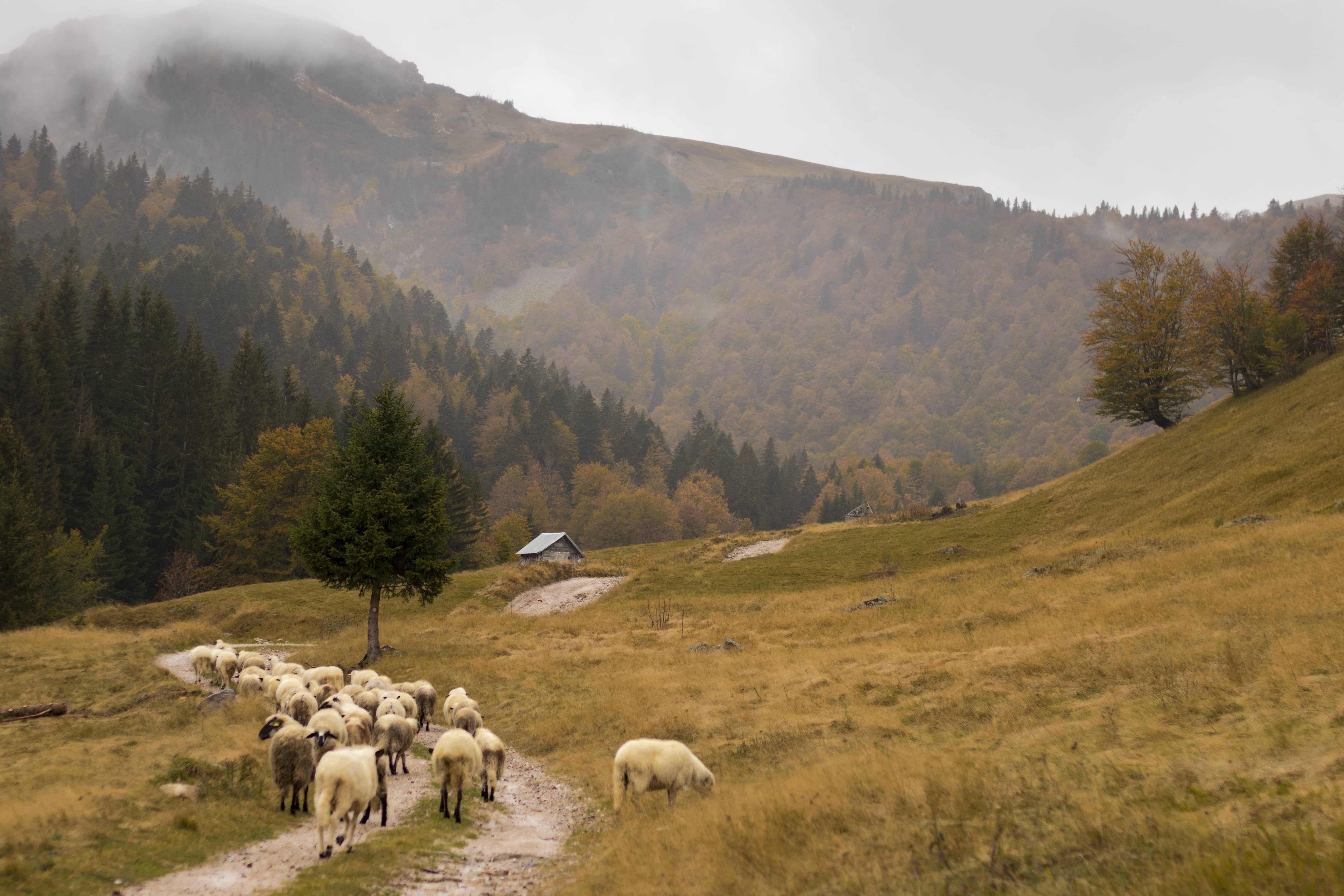 Have you heard of transhumance? That is a fancy word used for an ancient tradition of nomadic movement of farmers with their... read more 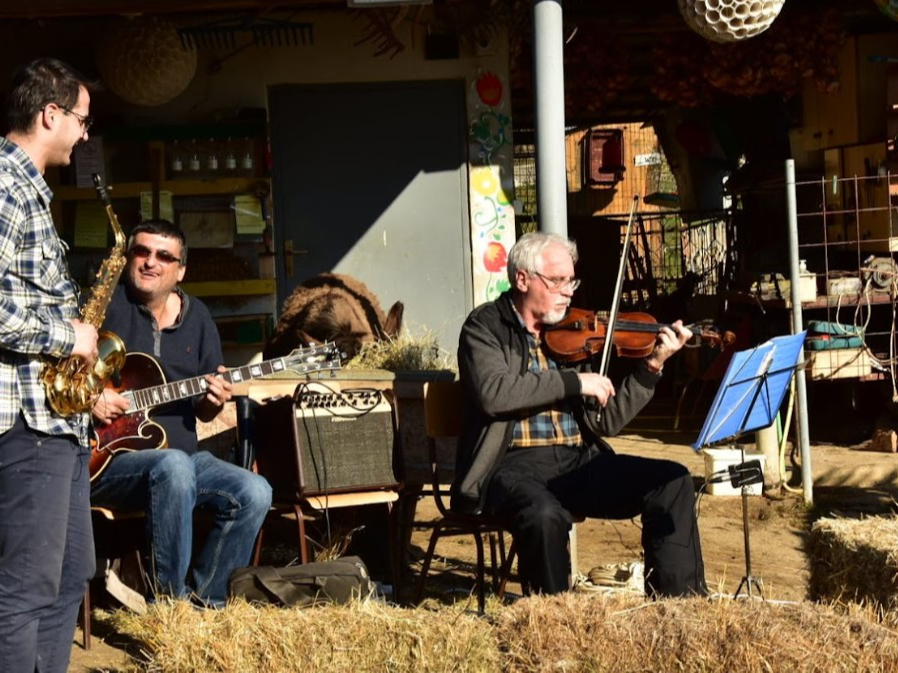 Looking for jazz musicians turned into agriculture producers or a museum dedicated to donkeys, or the richest botanical gard... read more 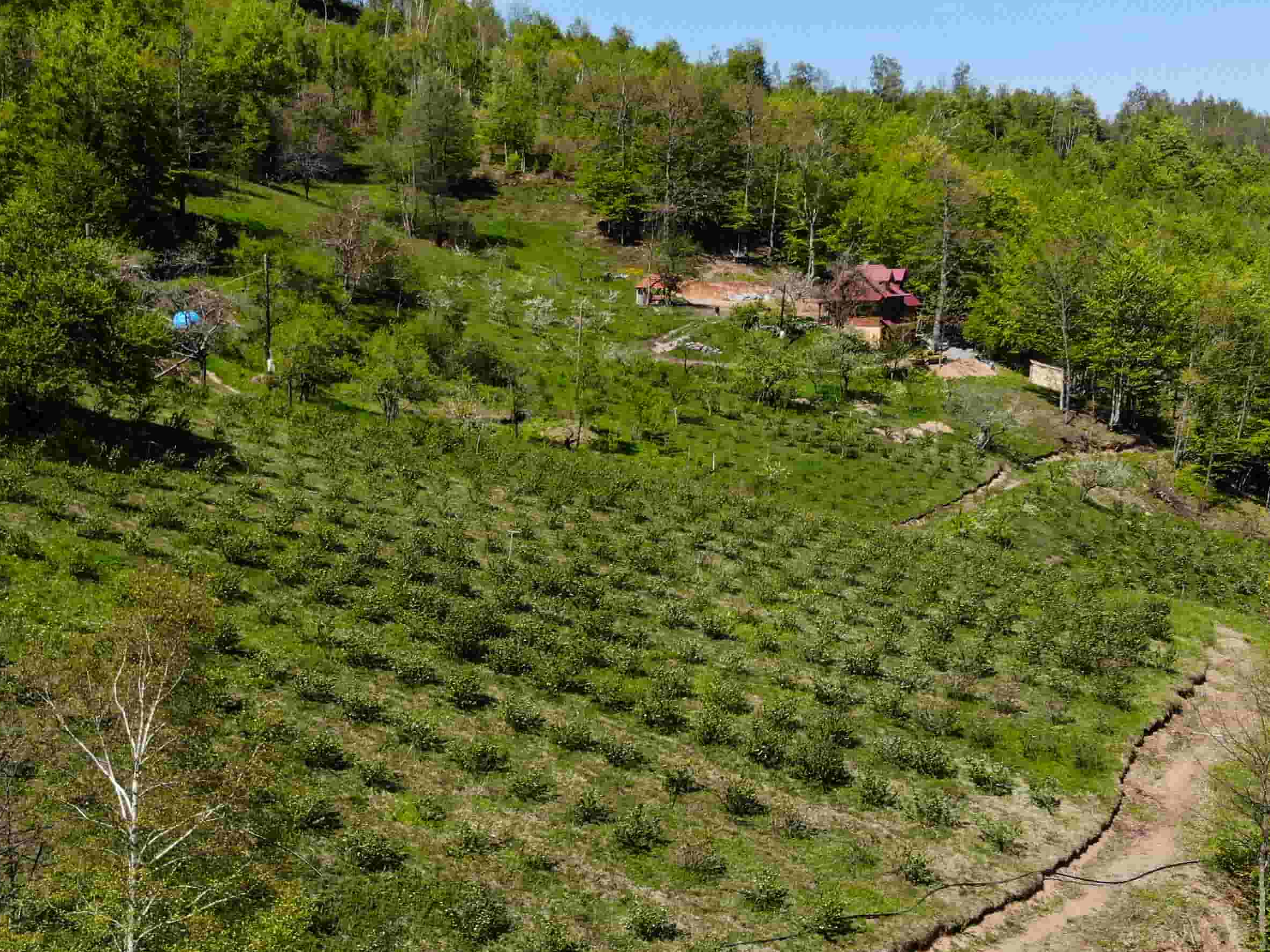 The magic of organic farms of Montenegro

In the world of GMO products, if you want to eat well and healthy, you need to learn how to read all the declarations. Your ... read more 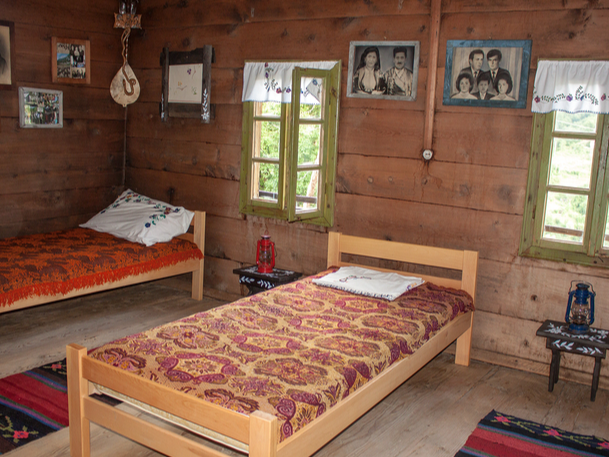 If you would like to stay in convenient, well equipped accommodations, with air-conditioning and mini fridges and plastic wi... read more 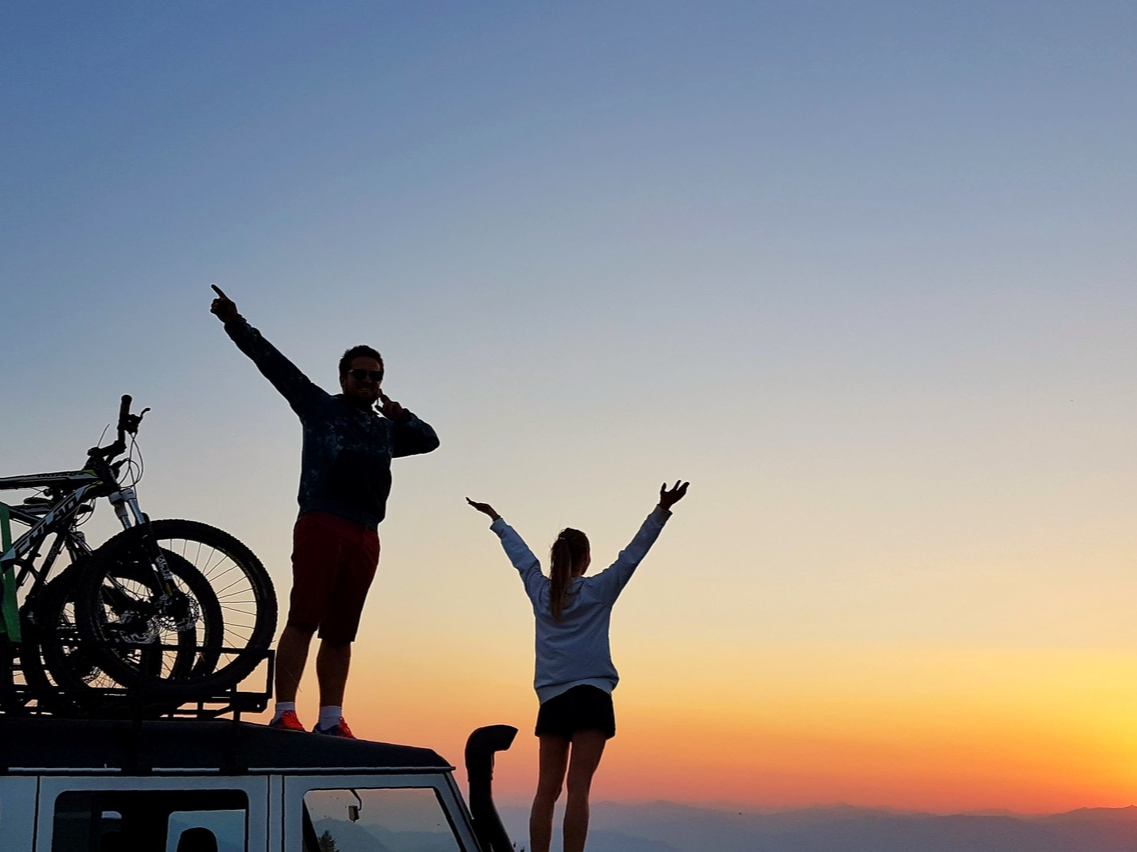 Biking through endless vistas of Montenegro

Five regional biking trails have been developed to connect the best of what Montenegro has to offer – from attractive and ... read more 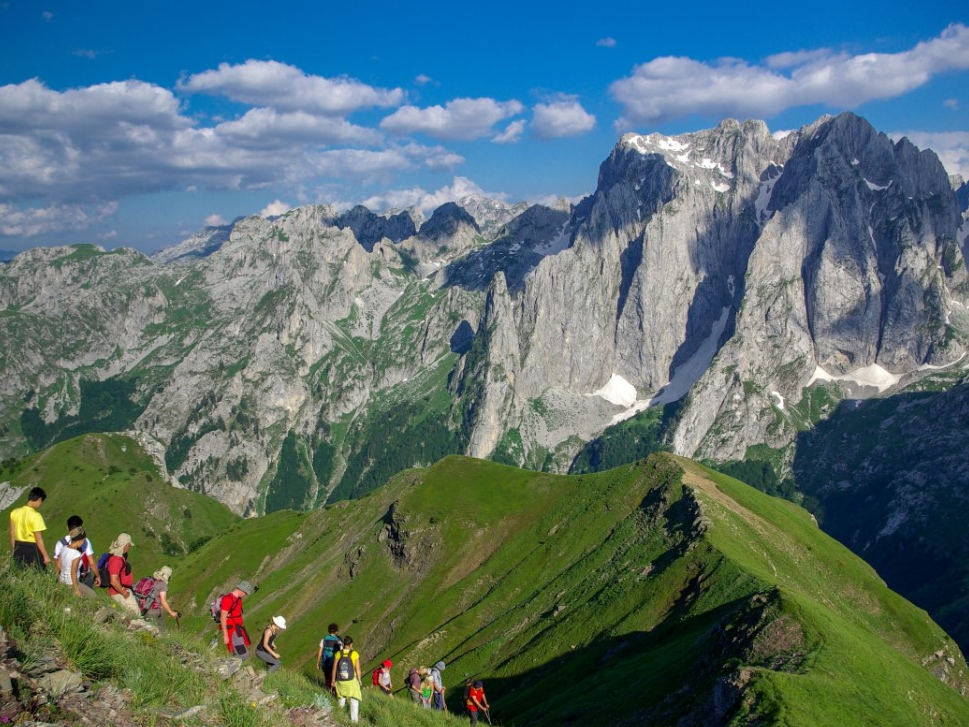 Don’t be put off by the name of the mountain (Prokletije – Accursed Mountains). According to the legend, the God created... read more 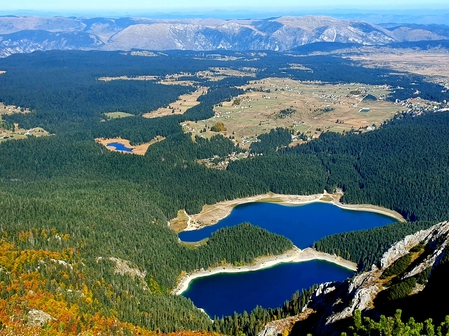 Montenegro is the country mostly known for its splendid Adriatic coast. But what really is the main feature of this country ... read more 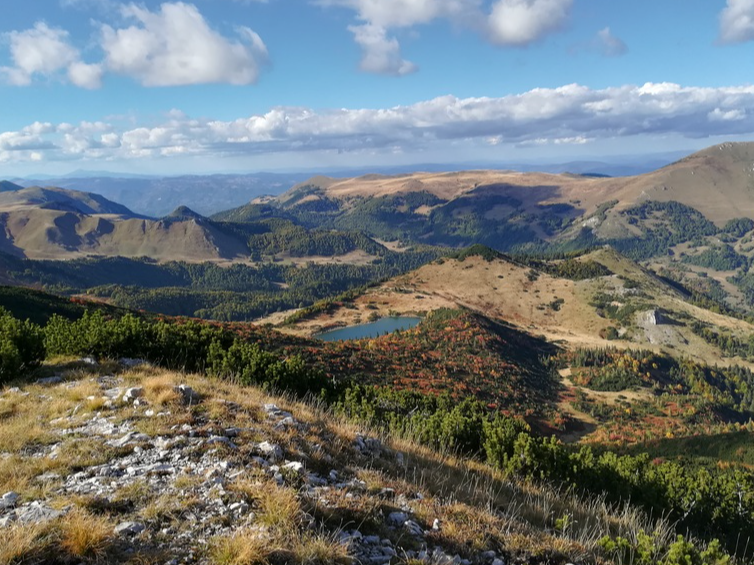 Truly magnificent diverse nature of Montenegro is what makes this small country special. Though there is a lot to be done on... read more 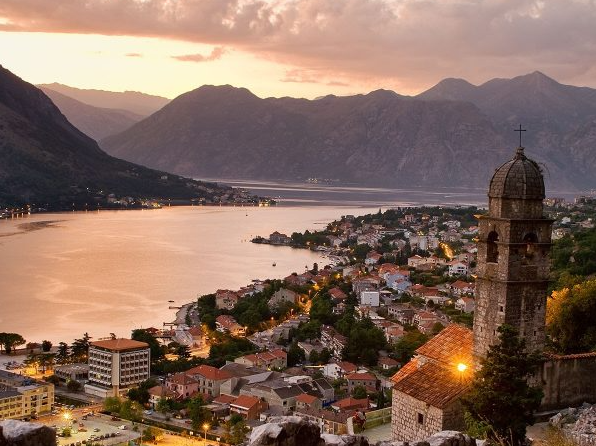 UNESCO cultural heritage of opposite ends of Montenegro

Such a small country, but so many different things to see. From Stećci, Medival Tombstones Graveyards in the North to the o... read more